Come join us to celebrate Casey Rocheteau's new book Gorgeoneion. Make sure you pick up their first book, The Dozen! 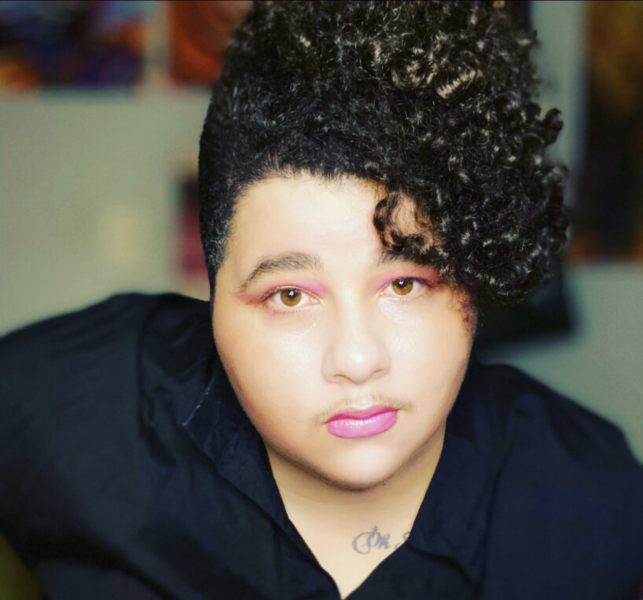 Casey Rocheteau was born on Cape Cod, and raised as a sea witch. They are an author & visual/sound artist living in Detroit, Michigan. In 2014, Rocheteau created the Shrine of the Black Medusa Tarot. Their second poetry collection, The Dozen, was released on Sibling Rivalry Press in 2016. Winner of inaugural Write A House permanent residency in 2014, Rocheteau resides in a home they won with poems. They are a Callaloo Writer’s Workshop, Cave Canem, and Bread Loaf Writers’ Conference fellow. They currently serve as the Communications Manager of the Detroit Justice Center.

GORGONEION explores the us or them mentality that has permeated U.S. culture since the mid 2010’s. Whether personal, political or historical, this collection constantly asks the questions “what are we doing?” and “where do we go from here?” Taking on a number of social justice issues, Gorgoneion weaves in wit and humor to add levity to the more somber subject matter throughout the collection. In moments, it reflects a tender interiority and desire to belong while using this sense of alienation to poke holes in the logic of groupthink.

“Casey Rocheteau’s Gorgoneion is a thousand-headed beauty lithely slithering from the past, present, and future as it examines the nature and pervasiveness of empire. What’s found here in these poems is a study of hucksters, devils, tricksters, and ‘Sudden Despot’s. Personae get remixed and recontextualized like Donald Trump a la Norma Desmond and Kanye West a la Jim and Alex Jones. Through a myriad of masks, Gorgoneion conjures up evil then stares it down to the realm of the ‘marblestuck.’ Yes, the acerbic wit and humor we’ve come to know from Rocheteau’s work is present, yet make no mistake, this book holds back nothing in its bite.” —Tommye Blount, author of Fantasia for the Man in Blue

The Dozen is the debut collection from the first winner of Write A House, Casey Rocheteau. This book of poems is intended as a game that grows outward. The idea is to reinvent the dozens and juke what is truly oppressive about the world. The Dozen is also literal: 12 poems in each of four sections, playing off of each other, scraping against each other messily, harmonizing, clowning each other and sometimes themselves. Above all, The Dozen is intended as an invitation to unwind the clocks, shake off the shame we learned as kids, stop talking about other people’s mamas, and call out the things in our culture that are so ugly they turned Medusa to stone.